A 5-foot-9 guard with tremendous versatility, Simmons, who hails from De Pere, Wisc., will compete for the same University as her father, Jason, who in 1996 was a member of the Sun Devil football team that went 11-0 in the regular season, captured the Pac-10 title and played in the 1997 Rose Bowl. In 2019 Simmons was named the Fox River Classic Conference (FRCC) player of the year after she averaged a league-high 21.4 points to go with 7.2 rebounds, 3.0 assists, 3.0 steals and 1.0 block in league. She was the only player in the 10-team FRCC to rank in the top seven in all five categories. Simmons was also named a Division 2 first-team all-state pick by the Wisconsin Basketball Coaches Association and a third-team all-state selection by The Associated Press. Simmons, who has a career scoring average of 19.6 points per game, was named both the league's player of the year and defensive player of the year as a sophomore. She came within two assists of a triple double in a game in which she had a career-high 35 points, 10 rebounds and eight assists.  She is ranked No. 30 at her position by ESPN.com.

"The assist to getting this stand-out backcourt guard goes to Jaddan's Sun Devil parents Tiffany and former ASU football star Jason Simmons," Turner Thorne said. "While we absolutely knew about Jaddan's accolades, their willingness to bring Jaddan out to our elite camp the summer before her junior year was crucial. Getting to see first-hand how skilled she was, how hard she worked and how tremendously coachable she was truly showed she was a difference maker and that we wanted her to be a Sun Devil. Jaddan has the versatility of Briann January in that she can run a team or slide over and really score the basketball…and yes, she can defend. We are overjoyed that Jaddan has chosen to follow in the footsteps of her parents and join our Sun Devil family."

Added Cordero Barkley, coach of Simmons' Purple Aces AAU team, "On the court Jaddan is fiercely competitive and can dig deeper than most players to find ways to make winning plays. Jaddan has consistently been one of the best two-way players in the state of Wisconsin and in the country. Off of the court, Jaddan is one of the most respectful and thoughtful people you will meet. She is shy and witty and has developed into a great leader in the community, mentoring the next generation of student-athletes.  As one of her coaches, I always admire that she has never settled. She continues to get better as a player and has always wanted to compete, even when she was only competing with herself." 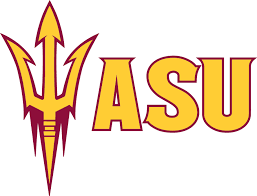