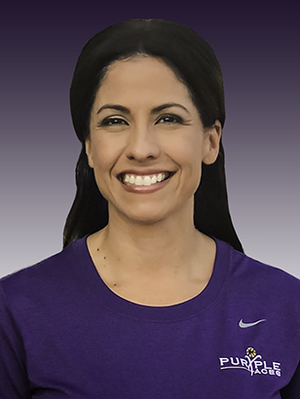 Liz joined the Purple Aces coaching staff in 2016. She played high school basketball at Boardman High in Ohio, where she grew up. Following high school, Liz played collegiately at Youngstown State University. Grzesk, a guard from 1993-1997, finished her career with 1,468 points. She earned all-conference honors 3 out of her 4 years. During her senior year, she was Player of Year in the conference and earned YSU Female Student Athlete of the year.

Following her playing career, Liz was an assistant coach at Youngstown State from 1998-2002. She then joined Kevin Borseth’s staff at UW-Green Bay from 2002-2004.