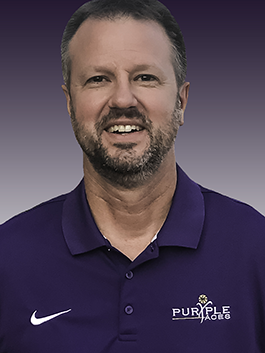 Jim joined the Purple Aces coaching staff in 2015. He played collegiate basketball and also obtained his education degree with a coaching minor at Concordia University Mequon. Jim was a head girls basketball coach for 12 years, winning two FRCC Conference Championships and five straight Regional Championships within that time period. He has also had the honor of being named FRCC Coach of the Year 2010-2011.

Jim has many years of experience being a shooting coach and organizing and leading small group workouts, all of which have prepared numerous athletes to be successful at the next level. He has a passion for teaching the fundamentals of the game and thrives on seeing growth in his players.